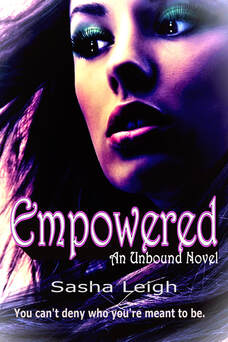 Noreena Fallyn has spent her whole life hiding her magical abilities, even from herself, by having her mother bind her form using her so-called 'gifts'. All she wants is to be normal. She wants friends, family, a career without having magic in her life. It consumes you like an addiction. If you start to use, you can't stop until your every motion revolves around that next hit. She's seen it.

When her mother decrees that Nora has until graduation to remain bound, Nora knows that time is running out. She immerses herself in figuring out ways to detach the 'her' from 'her magic', so much so that she doesn't see what is happening all around her. And by the time tragedy strikes, it's too late.

Thrust into a new world where magic makes you who you are, can Nora find a way to keep the normalcy she craves? Or is she destined to show everyone why she hates her power so much? Why her power scares her, and why, if they were smart, they would leave her alone. But the people in her new world aren't smart. They are even less ready for the truth that her mother had tried to hide for so long: she is the most powerful of them all.